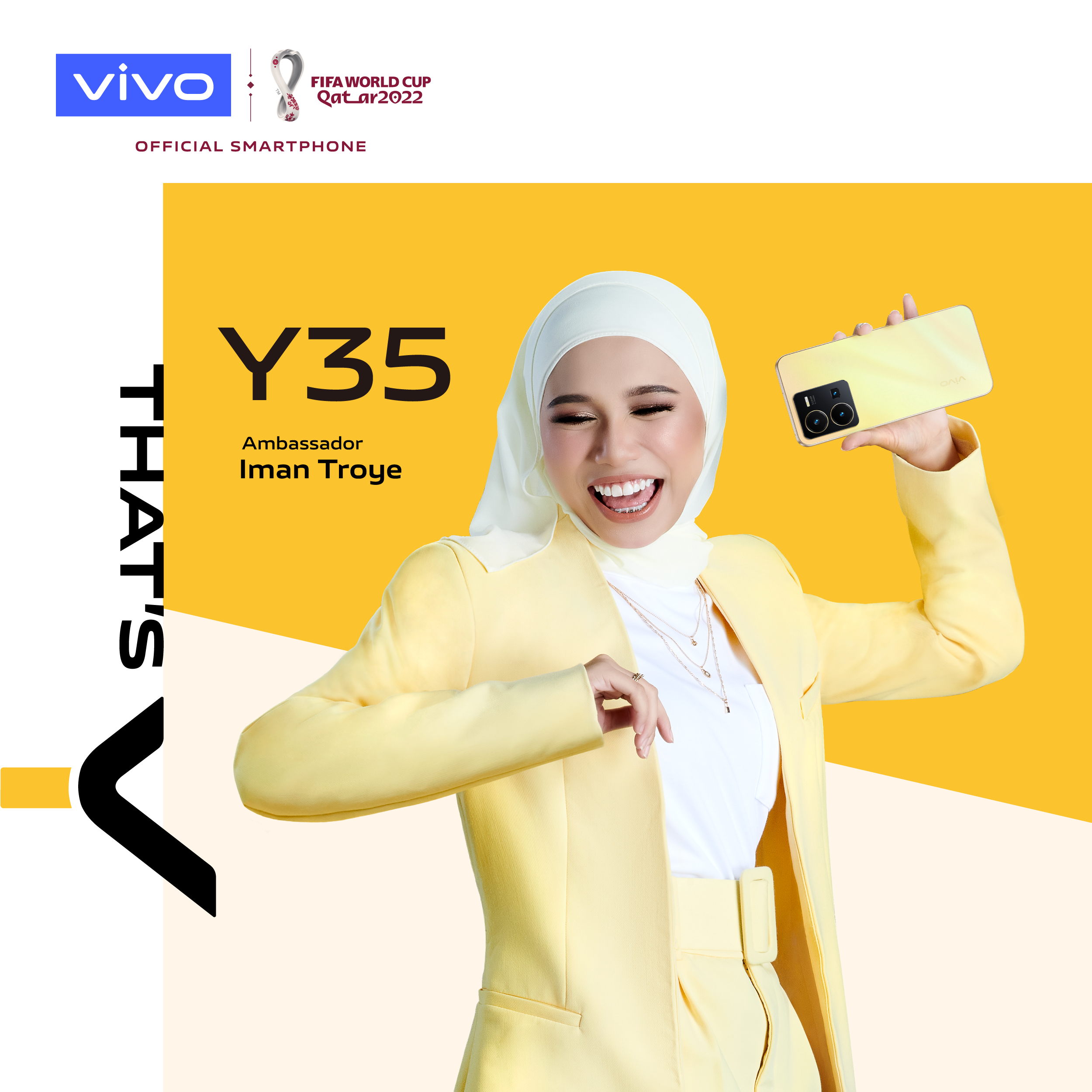 Vivo believes that Iman Troye’s youthful and dynamic personality can personify the mission of the That’s Y series, which is designed to amplify colourful and fun moments in users’ everyday lives and encourage users to experience vivo’s ‘Joy of Humanity.’ Iman will perform the theme song specially curated for the vivo That’s Y series as part of the collaboration.

The latest addition to the That’s Y series, set to be unveiled on August 11, features a trendy exterior design in two colour options: Dawn Gold and Agate Black.

The 19-year-old artist once put Malaysia on the international map. She was chosen as a Malaysian representative for an empowerment campaign and was featured on the Times Square digital billboard in New York. Her upbeat and catchy single ‘Teman’ is still one of the hottest songs today, with over 50 million views on YouTube.

To commemorate this momentous occasion, vivo Malaysia will host a TikTok dance challenge with Iman Troye. Participants who dance to the That’s Y series theme song may win amazing prizes.