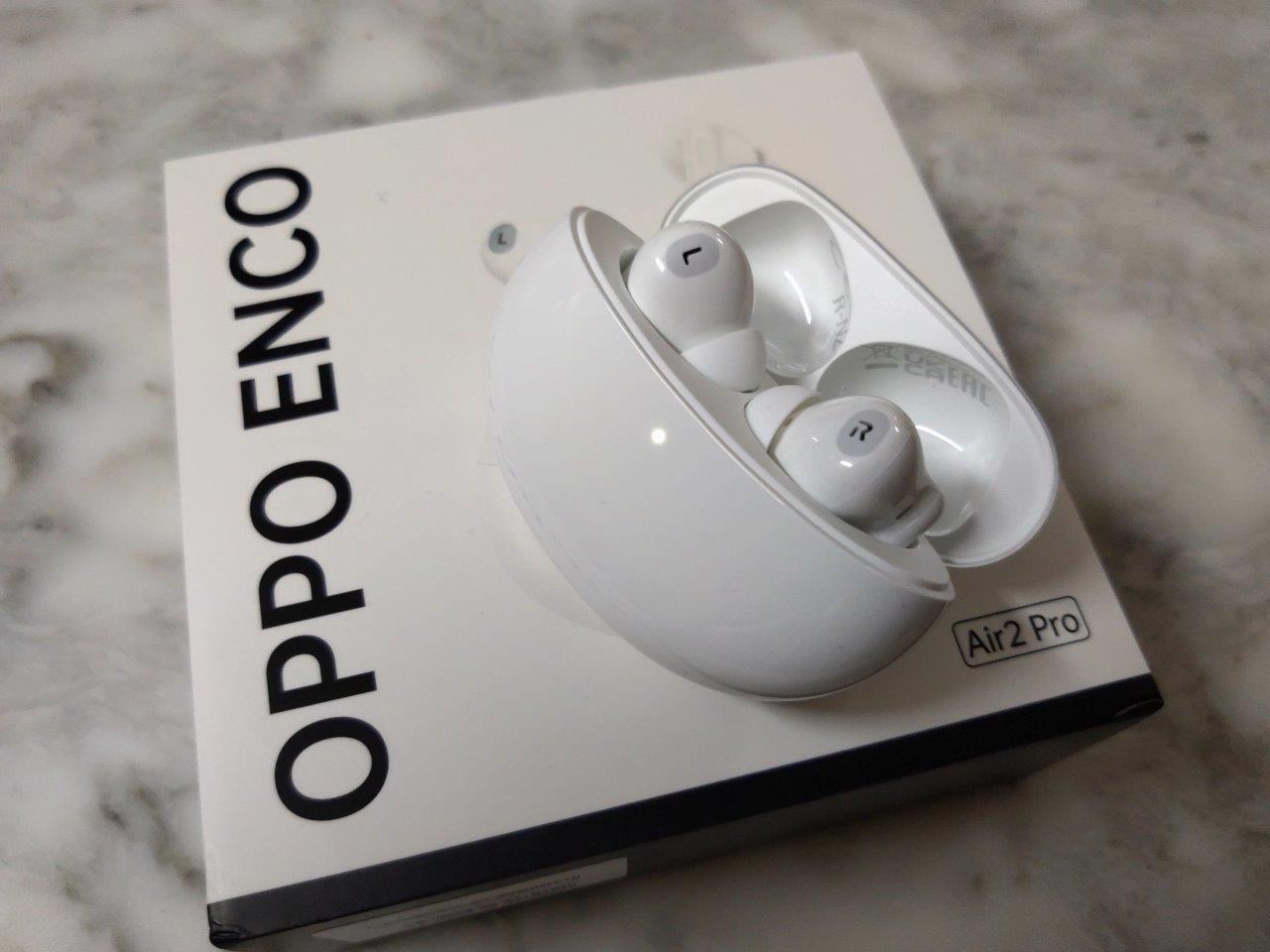 The latest ANC earbud from OPPO is finally here! The OPPO ENCO Air2 Pro was released shortly after the OPPO ENCO Air2 and it underwent a major overhaul in terms of design and interface. But what’s the difference? Let’s have a closer look at it.

The charging port is located directly under the earbud charging case, which is a USB type C port, making it convenient for charging even with a fast-charging Type-C cable.

If you couldn’t tell by now, the unit we received comes in white, so far there are only 2 colour choices available, the other being grey. The case cover itself has a similar design to the OPPO ENCO Air2 as both have the “smiley” face design for the upper panel. But that’s as far as the similarity goes because the OPPO ENCO Air2 has a translucent cover panel, revealing the blurred but visible earbuds placed within the charging case. The OPPO ENCO Air2 Pro, on the other hand, has a rather unique approach to the design of the cover panel. Being semi-frosted and translucent on the upper portion of the cover panel, while completely concealed when it reaches the lower portion where the earbuds sit. Interesting and drastic alteration but nevertheless, both the ENCO Air2 and ENCO Air2 Pro units have their own peculiar aesthetics.

The hinge that kept the cover in place has the OPPO logo engraved on it in grey along with a grey rectangular outline surrounding the logo. The LED indicator is located at the front of the case that will light up in either white, orange, green, or red depending on whether the earbuds are removed or in place as well as an indicator of the battery level.

To find out more about our thoughts and the in-depth features of OPPO ENCO Air2 Pro, stay tuned to our upcoming review article this coming week!