OPPO A96 – Unboxing and First Impression 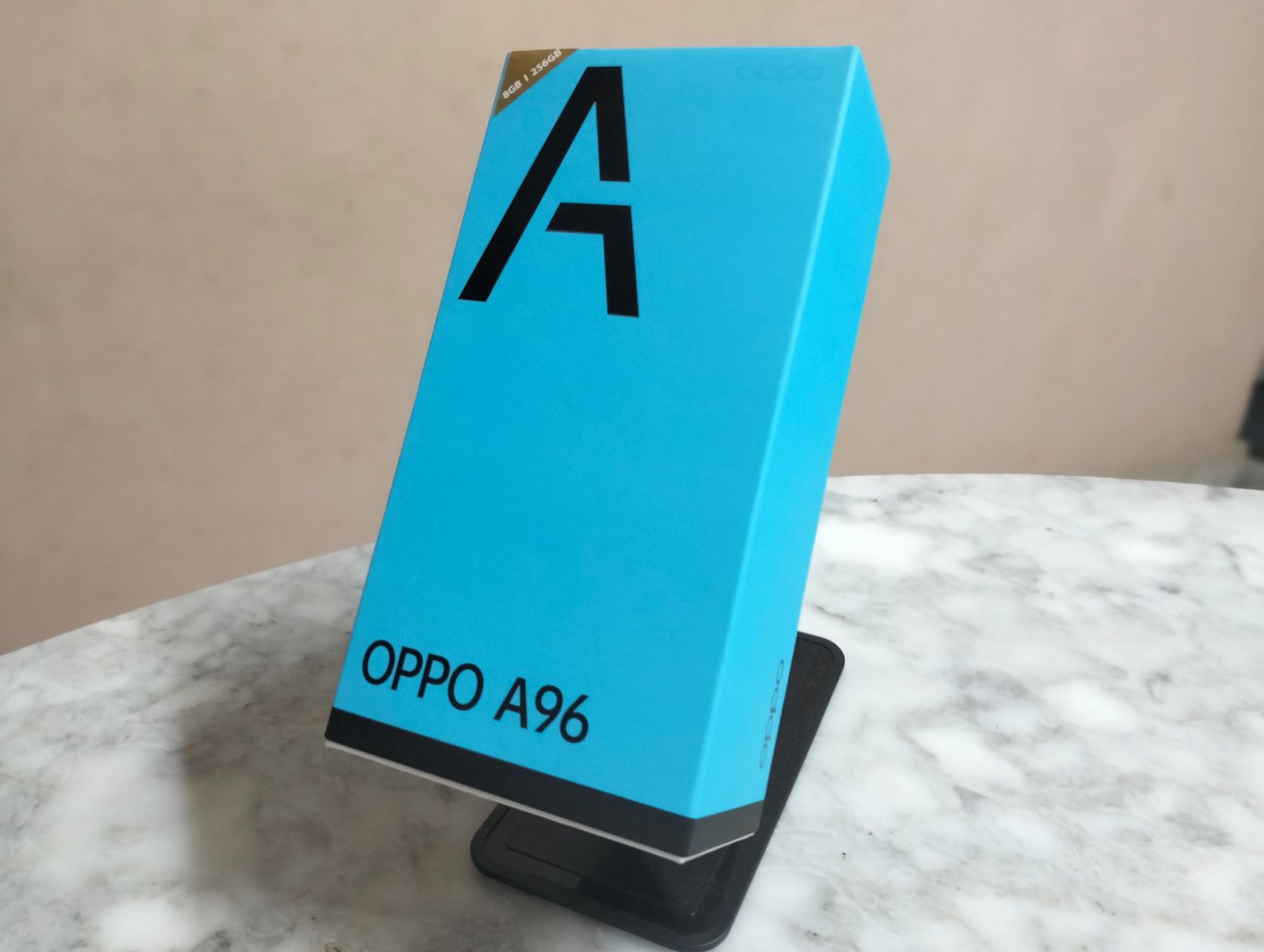 Ah yes, OPPO is back with another A series entry, this round with the OPPO A96. Announced in China back on 12 January 2022, With its sleek design and stylish appearance, it’s bound to catch the attention of a few keen eyes. Like many of its predecessors, the A96 is geared more toward an affordable midrange in the OPPO smartphone lineup. So today we will have a look at the unit itself, without further ado let us dive into the unboxing and the first impression of the A96.

Like many other midrange budget smartphones, the packaging including the content within is rather minimalistic, this is in line with the attempt to keep unnecessary waste at the bare minimum. The package comes with a blue protective sleeve, as for the exterior layout, it has a rather simple design with the OPPO logo printed on it, nothing more and nothing less. Inside the package has the following contents included :

Just the basic essentials to keep the phone running, if you’re wonder there’s anything missing? Yes, notably a headphone. But I’m pretty sure you could easily find better alternatives from the OPPO earbuds line or any 3rd party headphones of your choice.

There’s a total of 2 colours of choice available for OPPO A96: Starry Black and Pearl Pink, the unit we have here is the latter colour. It has a brilliant shiny and smooth matte back that could reflect rainbow lights, making the overall look classy and elegant. The unit weighs in approx 190.9g (6.734 oz) which is pretty standard like most smartphones. You could use the phone with just one hand to your heart’s contempt. Easy to pick up, slide it in your pocket, and you’re good to go.

As mentioned above, the A96 has a stylish appearance that is suitable for anyone who has a taste for simplicity. Not too bombastic, and minimalistic pleasing to the eyes. The entire phone from the top to the fall has a roundish edge design including the screen as Oppo utilises the Reno Glow diamond cut-cutting technique which in turn produced a rather attractive, anti-figure print, and fashionable design. Furthermore, speaking about the screen, the phone has a 90.8% screen to body ratio. It also features a 6.59 inch FHD screen with a 90Hz refresh rate.

Moving on to the backside of the phone and you’ll find yourself a beautifully shiny back with a square bump at the top left corner where the cameras are located with two islands of camera lenses.

The OPPO A96 has a 5000mAh built-in battery that supports 33W SUPERVOOC™ fast charging, allowing your phone to reach 50% upon 26 mins of charging. 4 days without doing much and the battery level is still able to remain above 57%, not too shabby at all.

Ah yes performance, how could we forget? the OPPO A96 features 256GB of internal storage and 8GB of RAM with RAM expansion up to an additional 5GB and it also supports SD cards up to 1TB. Allowing multitasking with smooth app running with future storage expansion with MicroSD card.

5 days into using the OPPO A96 and I felt the phone is suitable for productivity uses, the greatest strength comes from the camera as the A96 is able to capture remarkable images with no stagger. Like most mid-range phones, the refresh rates allow smooth video playback and smooth gaming on certain midrange games. So far the price for A96 is indecisive as the official launch date is on 18 April 2022. However, if you’re interested to know more about the phone you may check out the link here.

One thought on “OPPO A96 – Unboxing and First Impression”