Save the date for the launch of HONOR Magic4 series at MWC 2022! 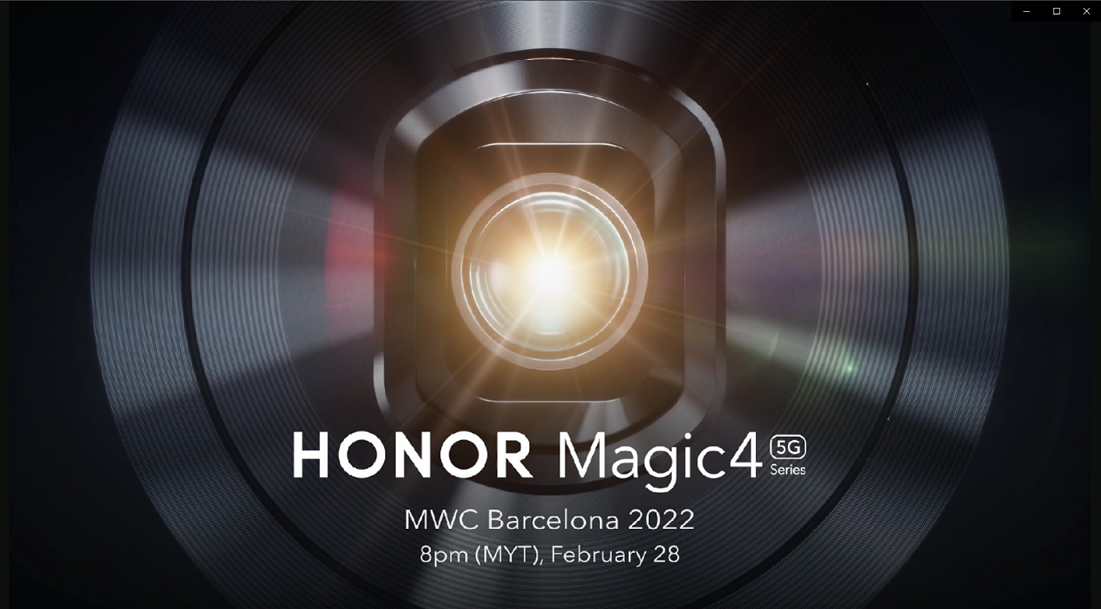 Taking center stage at the Mobile World Congress Barcelona, the much-anticipated HONOR Magic4 will have its lift off for its global launch on February 28th. Themed the Power of Magic, HONOR’s latest flagship series will be poised to make the headlines and promises to be an exciting launch – with fans across the globe surely not to miss this out!

As announced on HONOR Malaysia’s social media platforms recently, fans can expect the key features of wireless charging and advanced photography like never before on the HONOR Magic4. HONOR’s next innovative and cutting-edge technology smartphone is something fans can look forward to be wowed with.

The launch of the HONOR Magic4 will be the successor of the HONOR Magic3 Series held in the previous year back in August 2021, which has received great attention from the mobile industry for its breakthrough and cutting-edge technology. This had led the team to launch the HONOR Magic4 worldwide, thus making an exciting milestone to look forward to. Will HONOR Malaysia be bringing the HONOR Magic4 to Malaysia? Stay tuned and wonder if this is bound to get fans off their seats.

The Power of Magic awaits for all. To HONOR fans out there, remember the date: February 28th 2022, 8pm. Mark your calendar and be part of the HONOR Magic4 global launch coming to you live from the MWC at Barcelona 2022. For more information, stay tuned at HONOR Malaysia’s Facebook page!