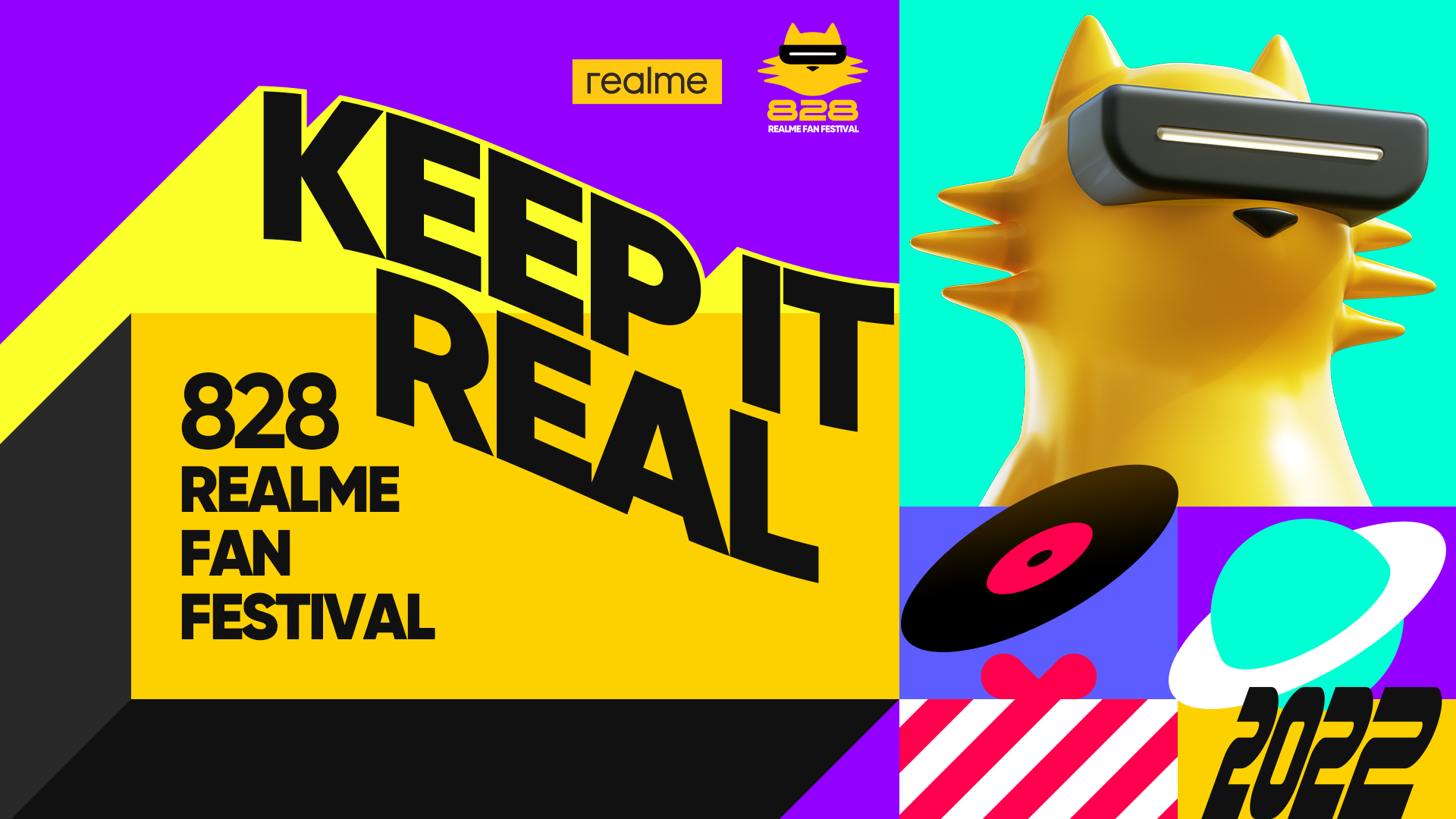 This coming 28 August 2022 marks the fourth anniversary of Realme, the world’s fastest-growing smartphone brand. Realme Malaysia’s official online store on Shopee, together with all Realme Authorised Stores, will be offering a month-long deal on the brand’s vast selection of devices as part of its Realme 828 Fans Festival promotion to commemorate four incredible years with its local fans.

“We express our extreme gratitude to our Malaysian fans for their continuous support for our brand. Celebrating our achievements together, we are happy to announce our 828 Fans Festival promotion as our token of appreciation for our supporters,” says Crystal Gong, Brand Director of realme Malaysia. “Throughout the years together, the support from our fans have encouraged us to always keep our spirits high in producing the best devices with the latest technology and trendiest design. We’re happy to see our fans acknowledge us as a trendsetting technology brand, and we will continue to Dare to Leap for more groundbreaking innovations, and Keep It Real with together with our fans to strengthen our relationship for more years to come”.

Over the past four years, Realme Malaysia has developed a close connection with its local customers. With the anniversary theme “Dare to Leap, Keep it Real,” Realme highlights its aspirations to keep offering products with a thorough, superior experience for the younger generation and has been dedicated to becoming a trendsetting technology brand. With the ever-growing capabilities of cutting-edge technologies in smartphones and IoT, Realme offers its customers devices with the newest technology, features, and cutting-edge experiences that are first implemented within the price range.

Looking back at past initiatives this year, Realme had lived up to its “Dare to Leap, Keep it Real” 2022 philosophy:

Advocate for Locals to Explore Their Passion Within the Gaming Industry

During the 2022 PUBG Mobile Pro League Spring Championship in Malaysia last June, Realme gave its dedicated players a taste of eSports-level gameplay. As the tournament’s official smartphone partner, Realme not only offered a platform for worldwide competitors to join but also inspired our homegrown competitors to participate and Realise their eSports ambitions. Realme had appreciated the enormous response from the enthusiastic gamers and fans who had witnessed their favourite players battle it out in real life. Registrations closed off sooner than anticipated, and tickets to watch the tournament sold out in a matter of minutes.

Additionally, Realme had set its sights on cutting-edge phone designs that reflected the outspoken and stylish nature of its young target audience. Realme launched its 9 Series of mid-range and high-end smartphone devices in the first week of January, showcasing the first-ever photochromic light shift design with the Realme 9 Pro+ 5G. The Number Series is a line of stunning different refractions of light-inspired mid-high-range smartphone devices from Realme.
With eye-catching racing stripe designs that represent the brand’s commitment to creating powerful devices, the brand has also introduced new products under its GT Series range that continue to astound its audience. Inspired by the classic “Le Mans ’66 FORD v FERRARI” film that illustrates the tenacity in the pursuit of speed, Realme has introduced its Realme GT Neo 3 smartphone. Realme has released the Realme GT 2 Pro with a paper tech master design idea, meticulously created by famous industrial designer Naoto Fukasawa, to further promote its eco-friendly endeavours.

Realme had also released the two most recent iterations of its entry-level C-Series, and with the local release of the Realme C35, Realme had seen incredible sales for its Avant-gardely designed entry-level smartphone, earning the hearts of the stylish Malaysians. In order to freshen up the look of some of its smartphones, like the Realme GT Neo 2 Naruto Edition and Realme 9 Pro+ 5G Free Fire Limited Edition devices, Realme has also teamed up with a number of fan favourites in the industry, demonstrating its dedication to offering its customers a variety of hip and entertaining products.

Enjoy exciting deals all month long with the Realme 828 Fans Festival promotion – get your hands on the discounted prices of the stylish entry-level Realme C35 with an all-new 6+128GB variant, the potent Realme 9 Pro 5G, and the Realme C11 with a massive battery capacity, available at all Realme Authorised Stores and Realme Malaysia’s Official Online Store on Shopee.

With all the excitement in the first half of the year, Realme guarantees its supporters that the second half of 2022 will bring even more exciting surprises. Visit Realme Malaysia’s official Facebook Page at https://www.facebook.com/realmeMalaysia/ for more details on the Realme 828 Fans Festival promotion. Don’t miss out on the exciting news that will be revealed in August 2022!