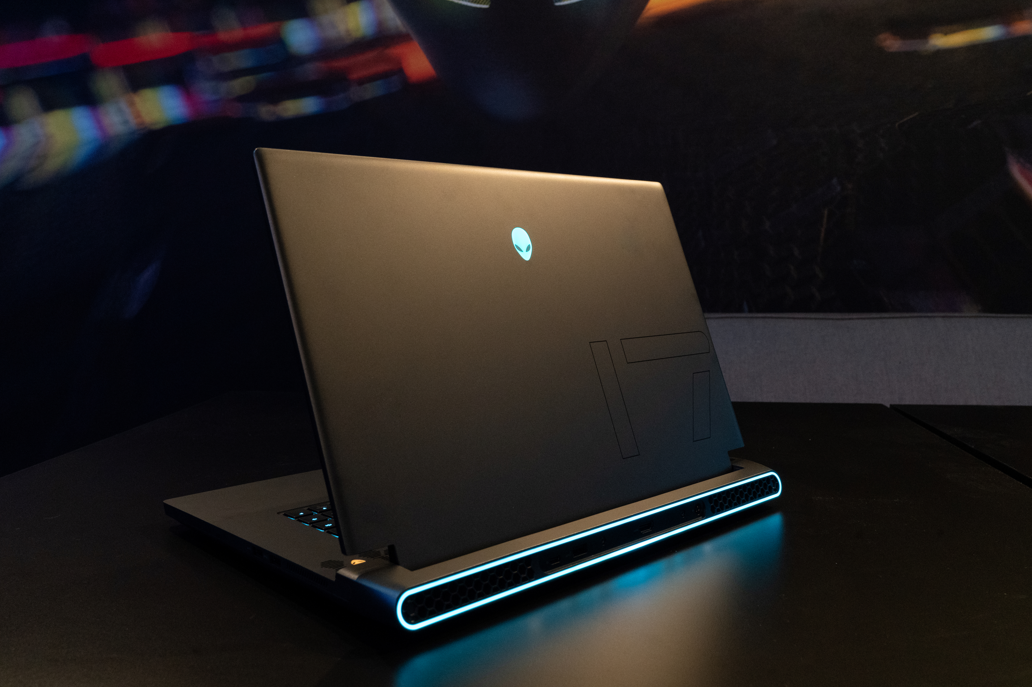 Alienware started a new chapter in April 2021 by releasing its first AMD-powered laptops in over a decade. One year later, Alienware’s momentum shows no signs of slowing, with the launch of three new machines powered by AMD Ryzen.

The Alienware Aurora R14 Ryzen Edition, the first OEM desktop to market with AMD Ryzen 7 5800X3D processors (Vermeer X), has gotten a processor and liquid cooling update, transforming the most power-hungry games into light work. The anticipated Alienware m15 R7 and Alienware m17 R5, both first unveiled at CES, inherit their long-reserved seats at the table. And the new Dell G15 – also with AMD Ryzen – could be a match made in heaven for entry-level and casual gamers on a budget.

The Ryzen Edition R14 is the ultimate collaboration with AMD, designed from the ground up to deliver the highest multi-threaded performance in an Alienware desktop, with optimized airflow and Legend 2.0.

This laptop provides an impressive front-of-screen gaming display and also maximum performance while showing the iconic Alienware name in a new industrial design.

Play the most demanding games with the highest wattage on an Alienware 15-inch laptop with 170W thermal design power (TDP), which is kept cool by an updated Cryo-tech architecture. The newly developed thermal technology employs more, thinner, and wider fan blades than the m15 R5 or R6, leading to 1.3x more airflow. Dolby Vision and Dolby Atmos will take both visual and audio experience to the next level.

The Alienware m17 is equipped with the most recent AMD Ryzen processors and NVIDIA GeForce RTX 30-series graphics to deliver extreme and dynamic gaming performance.

With a huge 17-inch display with up to a UHD resolution, you can immerse yourself in video games on the go. Dolby Vision and Dolby Atmos will take both visual and audio experience to the next level.

The Dell G15 gaming laptop is a fierce gaming laptop inside and out that boasts powerful graphics in a robust design at a great value, making it ideal for beginners and casual gamers.

The G15 is inspired by mobile gaming and comes in 3 colors: Dark Shadow Grey, Spectro Green, and Phantom Grey (availability for Malaysia to be announced).