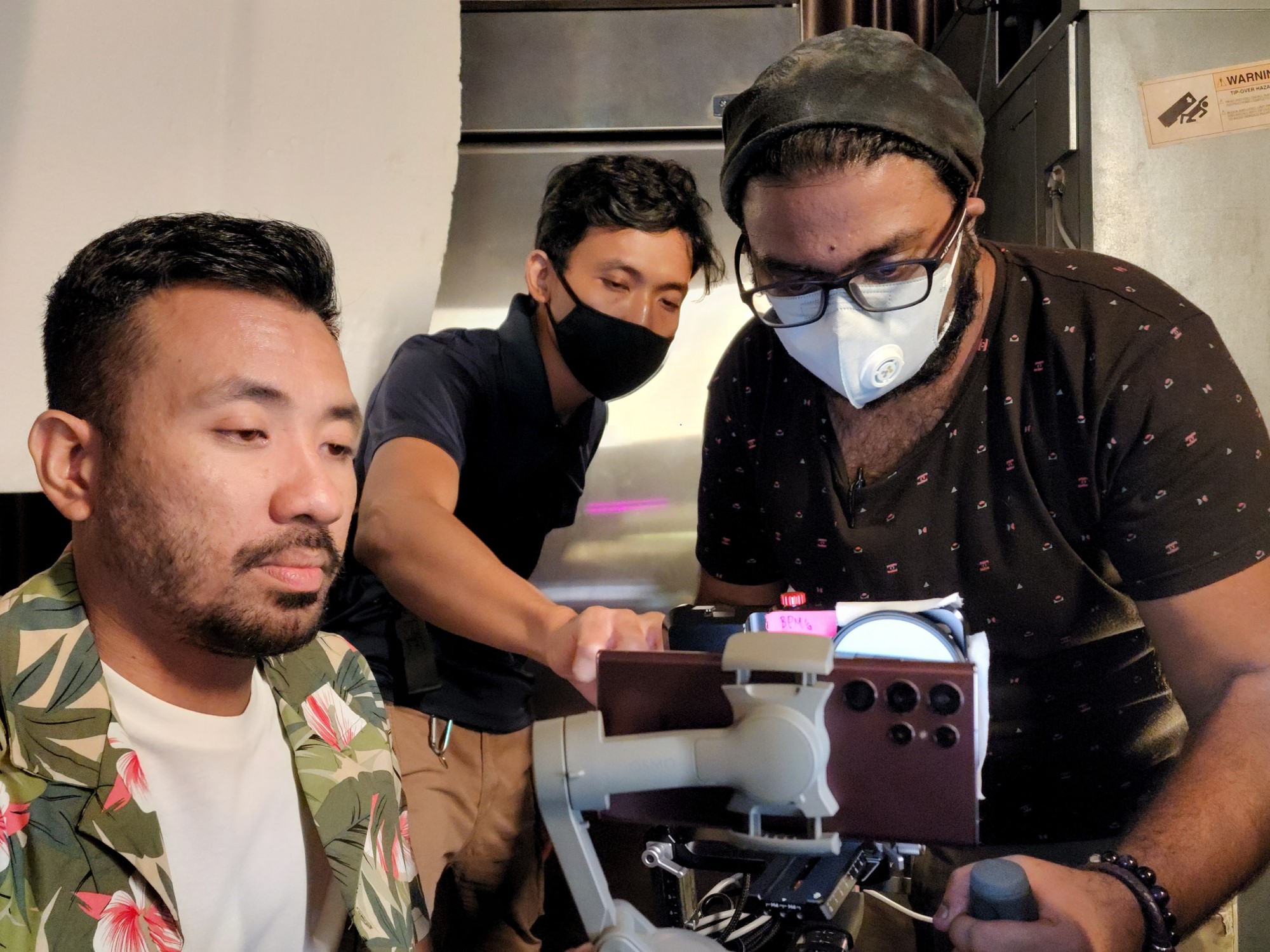 Are you a fitness junkie who enjoys working up a sweat in the gym or out on the town in search of thrilling pursuits and trying new sports and interests? The Galaxy S22 Ultra is the device for you if you want to elevate your thrill-seeking lifestyle with a groundbreaking device.

Let’s hear from Ismail Jamaludin, a passionate filmmaker and fitness enthusiast, about his views on the Galaxy S22 Ultra!

“It all began when I picked up a camera and filmed my own stuff with friends, and it just felt so natural and fitting.” – Ismail Jamaludin, recalls how he realised that filmmaking would one day be his calling. Since then, through trial and error, and learning from experience – making movies is all he thinks about!

Filmmaking has always been a way to showcase new perspectives. How does the Galaxy S22 Ultra help this belief?

Using the newly released Galaxy S22 Ultra, which features Samsung’s most advanced camera technology to date, Ismail Jamaludin directed and produced his very own short film to tell a deeply personal story about his strong passion for fitness and film. “With the Galaxy S22 Ultra, the power is in the people’s hands. It has great features that can rival compact cameras, and its ease-of-use welcomes people to share their voice to the world,” he said.

Ismail agrees that many of us now aspire to make movies and tell our own stories, and the Galaxy S22 Ultra allows anyone to take incredible photos, unleash their creativity, and share their story.

For starters, the device provides a dynamic and versatile camera experience, allowing you to take photos and videos that are far beyond the usual. With larger sensors and Adaptive Pixel technology, the Galaxy S22 Ultra offers the revolutionary Nightography feature, as well as an anti-reflective nano-coated lens designed to capture colors and brighten the photo by allowing more light into the frame, making your shots instantly post-worthy – in any lighting conditions. Even in the dark, the Galaxy S22 Ultra can capture clear videos with amazing details and colors, even with different types of lighting during a film shoot.

Are there other cool features on the Galaxy S22 Ultra that you would like to highlight?

Ismail excitedly shared his experience with the Galaxy S22 Ultra’s all-day battery life – a 5,000-mAh capacity that can last you through your day on a single charge. “We tend to shoot fast and dirty, and once the momentum picks up; you don’t want to drop it for something as annoying as changing batteries. Minimizing that really just made the process more streamlined and immersive,” he praised. Better yet, the S22 Ultra also supports 45W fast charging – allowing you to dive straight back into action!

With the S Pen, the S22 Ultra becomes more than a phone. It opens up new ways to be creative and get things done – allowing Ismail to be precise, while still being quick during the process of video editing. “It just makes the device much more intuitive, doesn’t it?” he chuckled.

Ismail stated that the Lock Angle feature helped him find the perfect angle to showcase a successful fitness journey – especially when it has plenty of movement and action. “Usually, for you to lock angles and focus on a film set, it requires about one or two people to help you do it. But with Galaxy S22 Ultra, it’s just as simple as a few taps on the screen.”

Along with it comes the stabilization feature to capture moving shots. “I love to move my camera in my films, and to get that smooth movement is time consuming and a real headache sometimes to set it up” – with this feature, you can freely move the camera and bam! Smooooooooth like butter~ motion in every frame – giving the freedom for storytellers to express themselves in grandeur ways.

Don’t fret if you’ve always wanted to make movies but haven’t known where to start. With the Galaxy S22 Ultra, you can pursue your goal of becoming a filmmaker! All you have to do is submit a short script by 17 April 2022 in the Born of the Galaxy Stars short film competition, endorsed by the Malaysia International Film Festival (MIFFest), in line with the theme, Borderless with Nightography, and choose one of the concepts to include in the short script: Fashion, Fitness, Romance, or Music. Samsung Malaysia and MIFFest will then select 22 winners, each of whom will receive a Samsung Galaxy S22 Ultra to use to shoot and produce their short film. These final productions will then be in the running to win an award in July 2022 at the Malaysia International Film Festival (MIFFest) opening ceremony.

To find out more about the Born of the Galaxy Stars Short Film Competition, please visit: https://www.samsung.com/my/offer/mobile/born-of-the-galaxy-stars/

To submit your entries for the Born of the Galaxy Stars Short Film Competition, please visit: https://www.mgga.com.my/born-of-the-galaxy-stars-shortfilm2022/