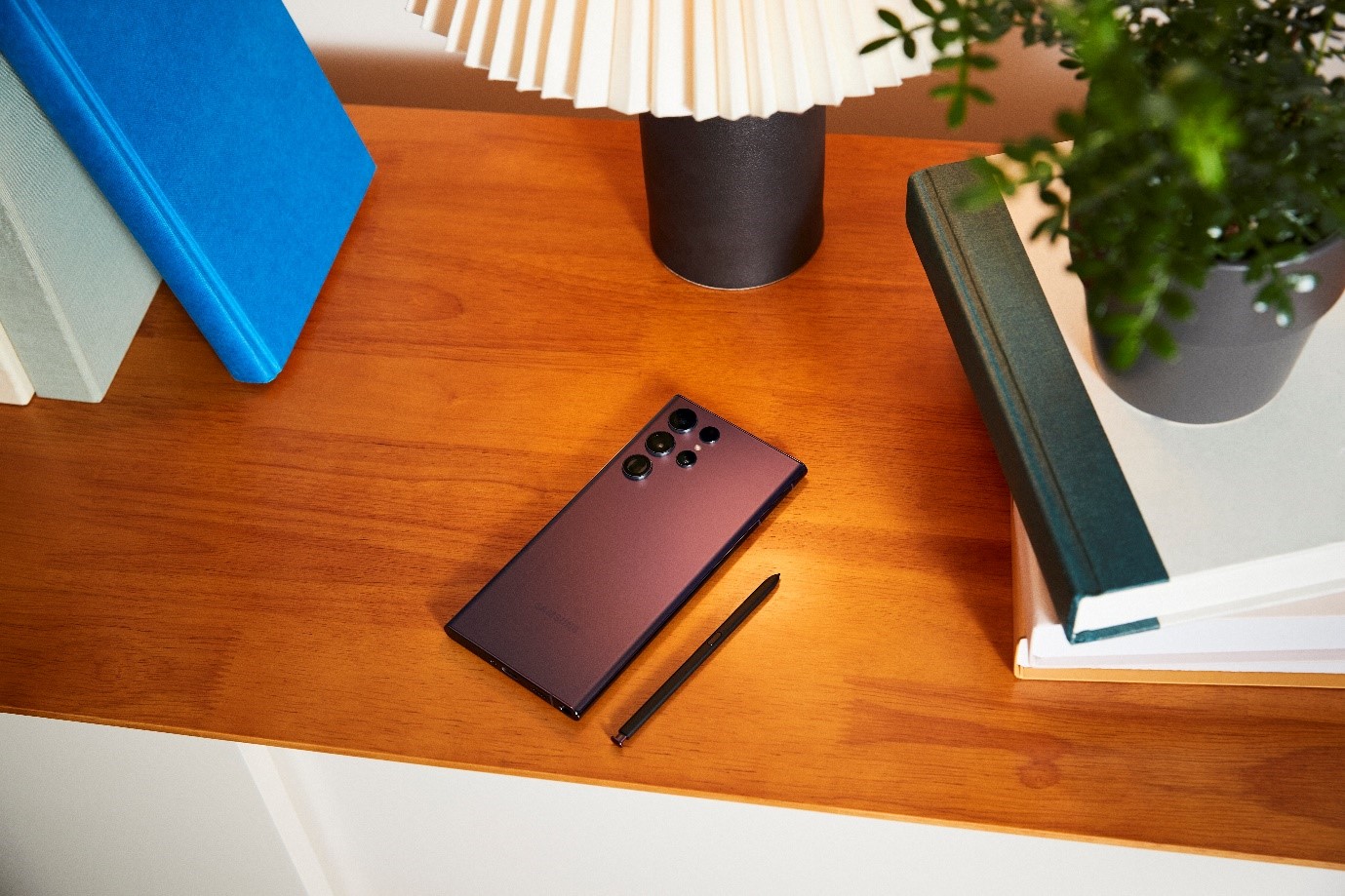 The Samsung Galaxy S22 Ultra 5G, which will be unveiled at Unpacked 2022, will usher in a slew of new achievements for the beloved Galaxy series. Marrying the productivity prowess of the Note series and the pro-grade camera and performance of the S series, the Galaxy S22 Ultra 5G sets a new standard for what a smartphone can be: The most powerful Ultra device that Samsung has ever created, to offer the ultimate smartphone experience today.

Read on to find out more about four cutting-edge features of the Galaxy S22 Ultra 5G that break the rules of mobile innovation.

1. Create to Your Heart’s Content – First built-in S Pen in the S Series

A handy stylus on your smartphone opens up endless possibilities for creative and productive scenarios beyond drawing and writing.

The S Pen, which was previously only available with the Galaxy Note, is now built-in with the Galaxy S22 Ultra 5G. enabling fresh new ways to level up your creativity and get things done. The much-improved S Pen experience means that you write and draw on the Galaxy S22 Ultra 5G’s bright and expansive screen, making it the ideal tool for capturing eureka moments through words or doodles while experiencing a more authentic pen-to-paper feel.

The S Pen also allows you immediate access to signature S Pen functions like Samsung Notes and Live Message, and the handwriting to text function has been upgraded to support 87 languages, making note-taking easier than ever.

And that’s not all. The S Pen can also act as a nifty remote control to run your presentation from afar or be used to take a snapshot with the phone camera. You can use it to annotate PDFs without having to download anything else, and you can even zoom in to magnify anything on your screen by up to 300 percent.

In a smartphone, the smaller its processor, the better the device.

The Galaxy S22 Ultra 5G is the first Galaxy handset to include Samsung’s breakthrough 4nm Processor, making multitasking on your phone even easier. Samsung’s most powerful Artificial Intelligence (AI) and Machine Learning (ML) processing run smoothly on the new CPU, giving an unsurpassed performance for all your streaming, gaming, and productivity demands.

As you create new content, the advanced AI features work in the background to improve the clarity and quality of photos and videos by assisting subjects in standing out from the background and detecting and concentrating on multiple objects within the same scene for better focus and image steadiness.

3. A Battery that Goes On & On – First Galaxy battery that Lasts for More than a Day

With all the powerful features built into the Galaxy S22 Ultra 5G, you can rest assured that it will last you a long time. Samsung has combined a big 5,000mAh battery with a power-efficient 4nm processor to ensure that the S22 Ultra can last more than a day on a single charge. Additionally, the gadget supports 45W super-fast charging, which lets you record more than 50 minutes of video (after a 10-minute charge) so you can keep calm and carry on with minimal disruption to your work or play.

Whether you’re a casual user or a veteran content creator, the Galaxy G22 Ultra 5G allows users to capture breathtaking photos and videos all day and all night. With a 2.4um pixel sensor, Samsung’s largest pixel sensor ever, the Galaxy S22 Ultra 5G can capture more light and data with its camera lenses to draw out the details. You may also use the free Expert RAW software to capture stunning moments with DLSR-like capabilities.

To make the Galaxy S22 Ultra 5G even more amazing, its camera can capture more than 68 billion colors with the first-ever 12bit HDR available in a Galaxy S series phone for more vibrant and true-to-life videos. With the 12bit HDR that comes in the latest Galaxy S series, Galaxy S22 Ultra 5G users can record and view all the incredible details even in the very bright and dark areas of the scene, even if the shot is backlit, similar to what you see with your own eyes.