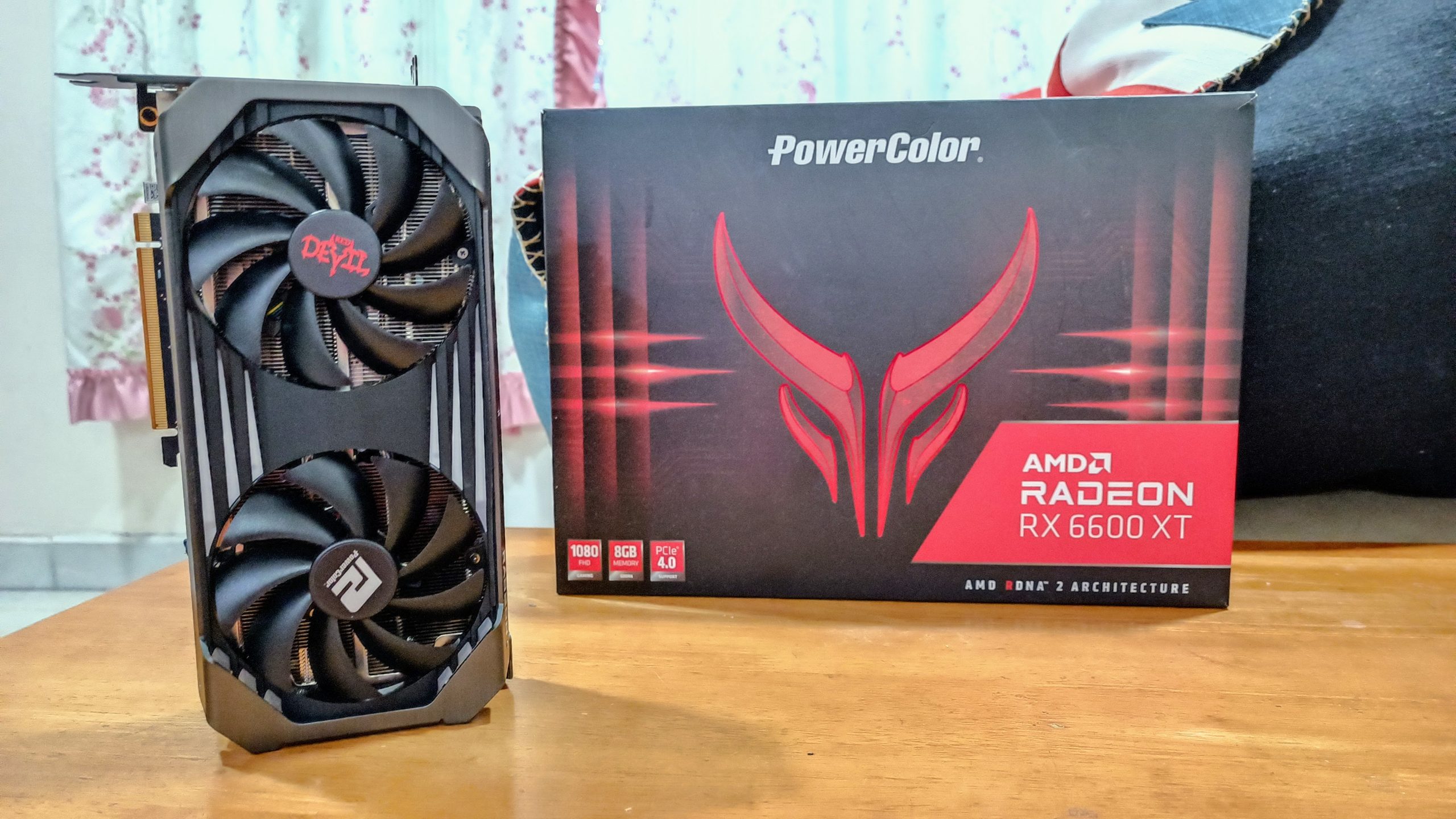 The Big Navi so far has enjoyed quite a good alternative over its rival, which really stood up slowly since the day it released, garnered much of the attention as a good choice of card for gaming, esports, rendering use and trying it’s best to keep its budget right for the most users today.

Today we will look at the PowerColor Red Devil AMD Radeon RX 6600 XT, a card based on the NAVI 23 architecture that suits the needs for gamers alike, that is targeted towards 1080P while maintaining certain quality settings for the games played, AAA titles or esports titles as well.

The Card detail specifications and features

We will be using the below as a test setup for the Radeon RX 6600 for the purpose of the benchmark, no comparison was used for this round as we have made some changes over our test bench.

A great highlight of the latest driver update that we focus on is AMD FidelityFX Super Resolution or FSR, which uses cutting-edge upscaling technologies to help boost your framerates in certain titles and deliver high-quality, high-resolution gaming experiences, without having to upgrade to a new graphics card. Currently there is more than 16 games is supported, but more titles will join in the next few months. GPU wise, as long as you own at least any RX470 above or GTX1060 and above , you will be able to enjoy the features as long the game supports it as well. For more information on FSR , you can visit https://www.amd.com/en/technologies/radeon-software-fidelityfx-super-resolution

This card is more towards the budget gamer, the ones that really wanted to just play games, get it touch with all the latest titles, set it to Full HD resolution with medium or high settings and game on. With its retail MSRP of USD450 , we can recommend this card for those that has plans to build or existingly has system with a Ryzen 5 or 7 to keep things balanced and optimal. Such configuration will give you a good performance between workload and some rendering as well.

In summary this is a balanced all rounder card, which suits most starter and mid ranger categories and we are happy to see AMD keep coming up with such a GPU that will just be a great start for those who wanted to dive into the PC Master Race.

Special thanks to AMD for loaning the review unit and Asrock for the Motherboard as the test base, a review of the motherboard will be coming up soon as well.

REALME C30 Review – Good to Look At, And Functions Decently