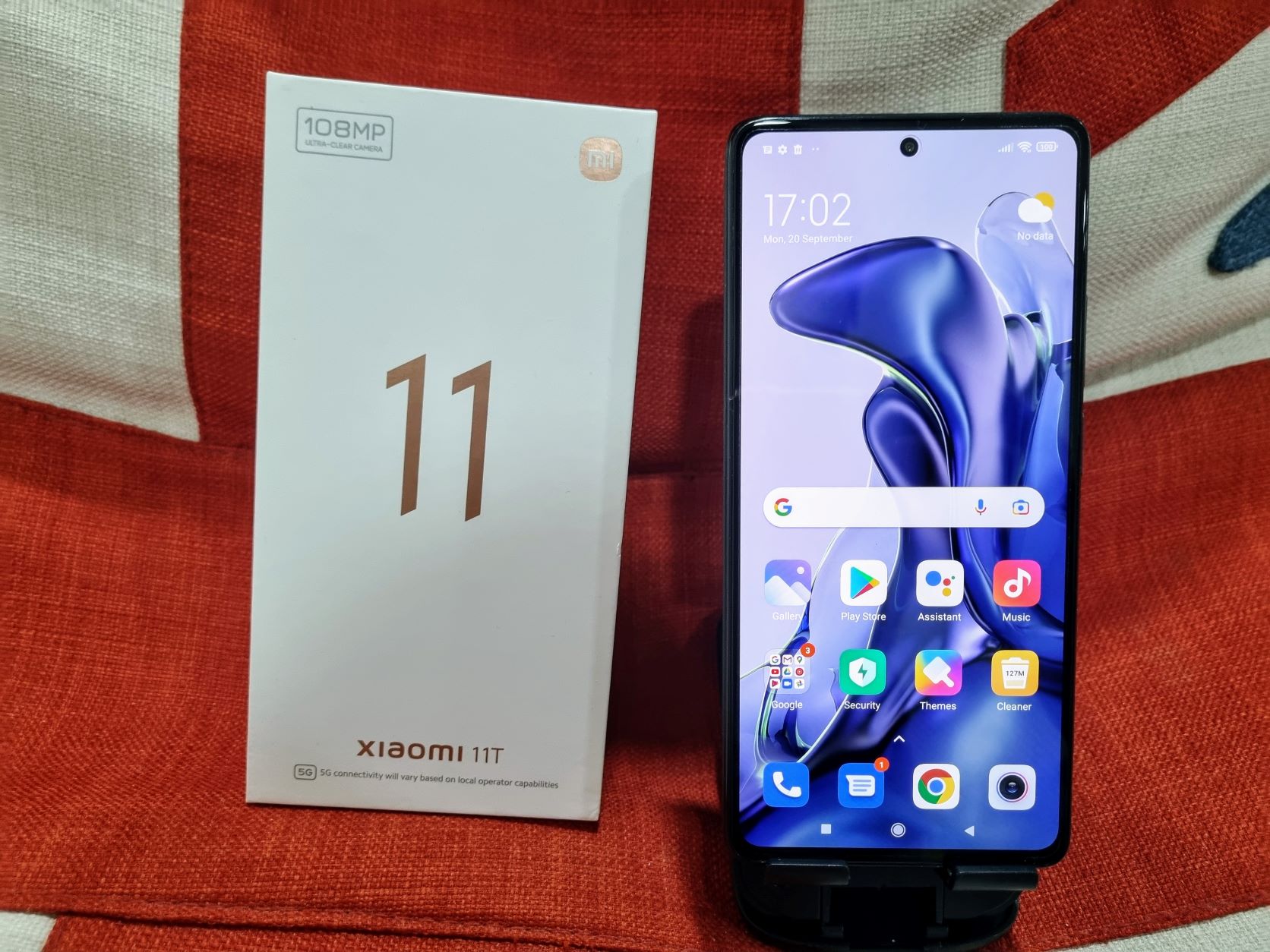 About two weeks back, Xiaomi announced a line up of the 11 Series of Smartphones, dropping the word ‘MI’ in between. We also did the unboxing of the Xiaomi 11T HERE. So Xiaomi this time has introduced 3 models in this lineup, The Xiaomi 11T Pro, Xiaomi 11T and Xiaomi 11 Lite 5G NE.

Specifically our focus here for the review is the Xiaomi 11T, a formidable mid ranger that holds the power of a flagship specifications and features. Let’s look at the new Xiaomi 11T and find out what it can do in this review.

The Xiaomi 11T design is built similarly to the Xiaomi 11T Pro, which is also another model released and announced together. The Xiaomi 11T back is made of smooth glass construction with fine brushed lines which at such a price range, it is very appreciated with its mirror-like reflections that is so nice staring at it. However, keeping touching the back portion of the phone does leave some fingerprint marks over it so you will have to constantly clean it up. Fortunately Xiaomi does provide a translucent casing in the box so at least, it is protected well from the smudges. The camera portion is an island of bump consisting of 3 camera sensors and a flash. When putting it flat on a table, it definitely doesn’t sit flat, but since it comes with a soft case, fitting it on the Xiaomi 11T will be just nice and supports it just fine.

Continuing on the sides, on the right hand side, there is a volume up and down button and a power button that also functions as a fingerprint scanner, while the top houses an IR blaster for remote control, a top speaker, microphone and DUAL SIM Slot, while the bottom portion has a speaker, mic and a USB C port. All of the phone sides are made of aluminum. Over to the camera design, the same color applies to the side of the phone and the bottom/top part as well with mirror finishing touch to it. Audio wise, this ensures good call quality and clear stereo speaker enjoyment with Dolby Atmos. No headphone jack but it is expected for not having one since it comes supplied with a Type C to 3.5mm adaptor which does not require you to get another additional adaptor for it.

The Xiaomi 11T comes in three colors, Celestial Blue, Meteorite Gray and Moonlight White which carries the weight of 203 Grams. Personally the weight is reasonable overall with good device body ratio holding on to my hands.

Over the display department, the Xiaomi 11T is powered by a 6.67 Inch FHD+ 120Hz AMOLED screen with Gorilla Glass Victus that supports HDR10+ and Dolby Vision. Display is spot on with visible accuracy and contrast level which Xiaomi made a right choice selecting AMOLED screen for this phone. It has adaptive refresh rate display which means when the screen is sitting idle, it will run at 60FPS, once you start your browsing and work or play, it will automatically adjust up to 120FPS. Depending on your daily usage and just a handful of games does support 120FPS gameplay. Other features include a 240Hz touch sampling rate which is an advantage when it comes to the accuracy and sensitivity over the touchscreen when gaming with the phone. On top of that with the density of 440PPI, you will enjoy the best of display you can get when streaming your favorite movies

*Above picture samples taken with 108MP rear camera at 108MP mode, a few pictures were taken with permission from a friend during ROM

*Above picture samples taken with rear camera with automatic mode, a few pictures were taken with permission from a friend during ROM

When it comes to the camera portion, the Xiaomi 11T rear camera consists of one 108MP wide camera, one 8MP ultra-wide camera and a 2MP telephoto macro lens, followed by a dual LED flash. Pictures taken are considerably close to accurate with clarity and details captured properly with exception of portrait mode may need to get the shots right with a fair amount of light. Night shots outcome are well represented. The selfie images are bright and good during day time as well which is powered by a 16MP wide angle lens, similar to the selfie lens on the POCO X3 GT. A few shots were taken over different modes as above and the result truly works well. A sample of 10x zoom, normal, 108MP and automatic shots taken were balanced, with little noise.

On video recording you get support up to 4K at 30FPS, stutters are visible while recording but it’s very minor with good details during recording. FHD video is awesome with good stabilization support. Dual video mode is also supported which you can capture both front and rear recording at the same time. Such feature is great for VLoggers that be able to take the advantage.

Performance wise, the Xiaomi 11T is powered by the MediaTek Dimensity 1200 Ultra 5G Octa-Core Processor, 128/256GB of internal storage and 8GB RAM. Call quality test shows no issues with a choice of calling via 3G, VOLTE or WOWIFI depending on your Telco Carrier. Once 3G towers shutting down by end of this year, this device should have no effect on your daily use. The phone does come with 5G connectivity support, WiFi 6/AX, Bluetooth 5 and NFC. Testing over WiFi connection gets up to an average of 866MBPS transfer speeds, ensuring blazing fast speed for multimedia and streaming. If you have a WiFi 6 router, you will be able to take all the advantages without issues.

Over to the gaming side, this phone can take it on almost on par with most of the flagship phones recently released, PUBG is one of games that runs on 120FPS maximum, during the test there it takes it quite smooth with very little drop on frame. Other games such as Minecraft supports it as well over optimal frame rate without stutters. 60FPS games such as Mobile Legends and Genshin Impact runs well, specifically on Genshin Impact, it is still a very graphically intensive game, but the Xiaomi 11T takes it up with close to perfect with a mix of mostly medium settings.

Above is the Benchmark performance, which delivers a very good scores on each of the test between its graphics, and processor performance. The Xiaomi 11T is suitable for those seeking for a Mid High range performing phones.

Battery performance wise, you will get around 11 hours of it, a mix of calls, surfing, email, streaming, and a few Call Of Duty matches. Turning on the battery saving mode under 20% will get you around extra 2 to 3 hours of conservative usage. The Xiaomi 11T comes with a 67W fast charger, which will charge up the phone to 100% from 10% in around 1hour average.

The Xiaomi 11T is a device that is generally for those who are seeking for performance, a phone that is just perfectly nice for mobile content creators, with a mix of gaming on the go, while enjoying all the flagship performance you can get while just paying for mid tiered price only. With so much to offer in a single smartphone, this phone could fit on any enthusiasts and productivity person alike, that is meant for most in the era of 5G coming with things done fast, edit beautifully and all is complete with just a phone in your pocket.