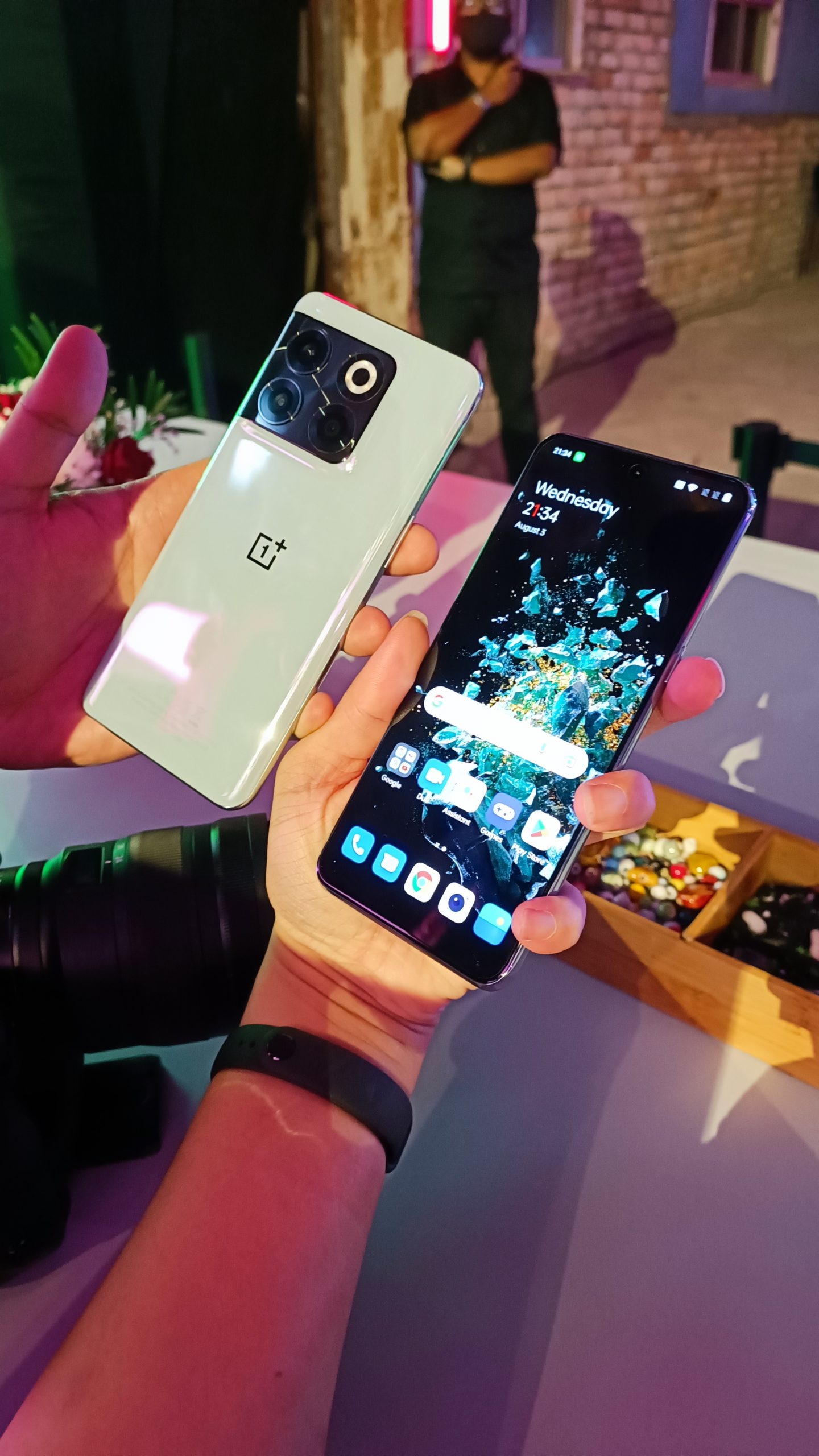 “We’re incredibly excited to have launched the OnePlus 10T 5G and OxygenOS 13 with our fans and partners worldwide,” said Pete Lau, Founder of OnePlus. “The OnePlus 10T 5G takes our signature fast and smooth performance to the next level at an extremely competitive price point, while OxygenOS 13 advances our operating system with a burdenless design and expanded features as requested by our users, such as an improved selection of always-on displays.”

The OnePlus 10T 5G delivers exceptional performance thanks to its powerful chipset, the largest and most powerful cooling system ever seen in a OnePlus smartphone, super-fast charging, and other features.

With the Snapdragon® 8+ Gen 1 Mobile Platform, faster CPU and GPU speeds with improved efficiency, up to 16 GB of LPDDR5 RAM, and the largest, most advanced, and most powerful cooling system ever in a OnePlus device, the OnePlus 10T 5G takes fast and smooth performance to the next level. These technologies, when combined, enable users to perform intensive and everyday tasks – such as playing mobile games or scrolling through social media feeds – faster and for longer, with over 35 apps suspended in the background at once, allowing users to jump between them at breakneck speed, picking up exactly where they left off.

At the same time, a series of technologies, such as the Battery Health Engine, which extends the lifespan and preserves the capacity of the OnePlus 10T 5G’s large 4,800 mAh battery, make the charging system safe and efficient. The OnePlus 10T 5G’s charging system features two charging pumps, rather than one, as seen on many other smartphones, to provide faster charging speeds with greater safety, efficiency, and heat reduction.

The OnePlus 10T 5G advances OnePlus’ burdenless design philosophy with a unibody build that feels great in the hand and a stunning Jade Green colorway.

The front of the OnePlus 10T 5G is covered by a 6.7-inch display, which provides an exceptional viewing and user experience with an adaptive 120 Hz refresh rate, which also helps to better preserve battery life so the device can be used for longer on a charge. The display on the OnePlus 10T 5G is also HDR10+ certified, with native support for 10-bit colour for a richer and more realistic viewing experience.

The OnePlus 10T 5G features a triple camera system on the back, led by a 50 MP Sony IMX766 sensor with optical image stabilisation (OIS), Nightscape 2.0, and improved HDR performance, capable of producing stunning images in both bright and low-light conditions.

The OnePlus 10T 5G’s main camera is accompanied by an ultra-wide camera and a macro camera, allowing you to capture more in every scene and get up close to subjects, respectively.

The OnePlus 10T 5G comes pre-installed with OxygenOS 12.1 based on Android™ 12 and will receive three major Android updates alongside four years of security updates.

The OnePlus 10T 5G will be available in Malaysia from 1st September onwards and the price will be announced on 18th August.

OxygenOS 13 delivers OnePlus’ signature fast and smooth software experience with a stellar Aquamorphic design, enhanced safety, and by taking some of the OnePlus community’s most adored features even further. The latest version of OxygenOS brings an upgraded experience across the board – including improved customisation, gaming, and connectivity.