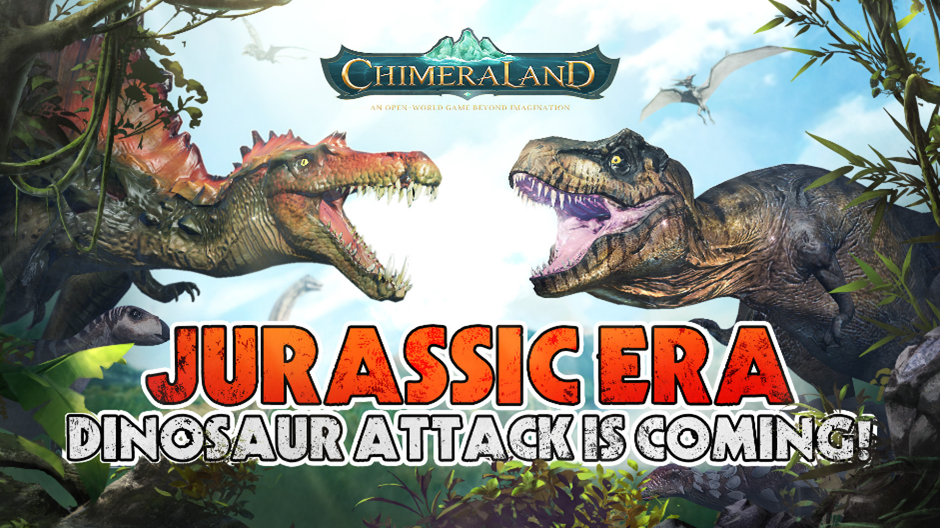 The Grand Yungang Dragon, Noble Jindipelta, Noble Brontosaur, Noble Spinosaur, and Noble Tyrannosaur are among the new noble dinosaurs added to Chimeraland in this update.

Travellers can catch these fascinating creatures and keep them as pets to accompany them on their adventures or in PvP battles. Each dinosaur may be further altered and consumed by players to fully make the creatures their own.

Furthermore, the new Dinosaur battle event offers even more benefits for defeating the boss, and players may visit the new dinosaur museum for the Dinosaur Trivia activity, which offers its own enticing rewards.

With the release of the Jurassic Era – Dinosaur Attack update for Chimeraland, players may explore the new content with creators such as Alingga Putra, Feby Audira, Afif yulistian, Fandra octo, and Kimi Hime, among many others.

Chimeraland will begin pre-registrations for fans in North America, Europe, Korea, and Japan on June 15, with an official launch following shortly after. The game is also being localised for Indonesian and Thai players, and the team will share more details about the project soon.