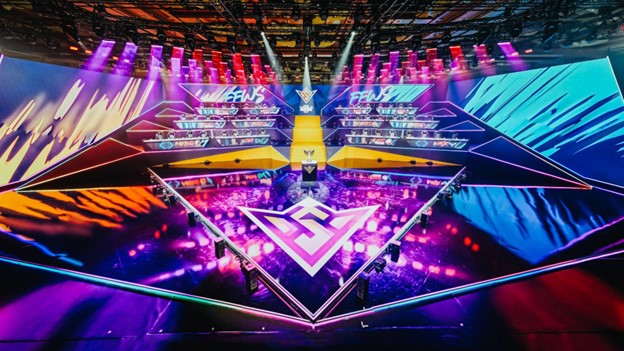 Attack All Around from Thailand was declared winner at the Free Fire World Series (FFWS) 2022 Sentosa Finals yesterday after two weekends of tough action. After piling up 42 kills and 1 Booyah for 92 points, the team took home the World Series victory and US$500,000 in prize money. Attack All Around’s triumph is Thailand’s second in a row in the World Series, after Team EVOS Phoenix, then known as Phoenix Force, won the FFWS 2021 Singapore last year.

Battle of the Thai teams: Attack All Around and EVOS Phoenix

Both Thai teams were under a lot of pressure, with EVOS Phoenix leading until the fifth match. The sixth match proved to be the game-changer, causing rankings to shift and Attack All Around to win by a small margin. In the fourth match, the victorious team earned their first Booyah!

Attack All Around, a Thai team, emerged as the genuine underdogs of this year’s World Series, having advanced to the Finals via the Play-ins last week. With his outstanding performance of 14 kills, JLX of the winning team was chosen Most Valuable Player (MVP) of the FFWS 2022 Sentosa.

Farang, Malaysia’s very own team, finished 9th in the FFWS 2022 Sentosa Finals and won a cash reward of $70,000 USD! Against all odds, the squad managed to rack up 22 kills and 15 placement points. Free Fire users in the region will be able to redeem 22 Luck Royale Vouchers of various types through the Free Fire in-game mail system in honour of their achievement. Team Farang deserves our deepest congratulations!

All of the matches were broadcast live. To replay any of the high-octane action, head over to Free Fire’s official YouTube channels.