Rezeki Memori – The Only Gift That Matters This Raya (by SAMSUNG) 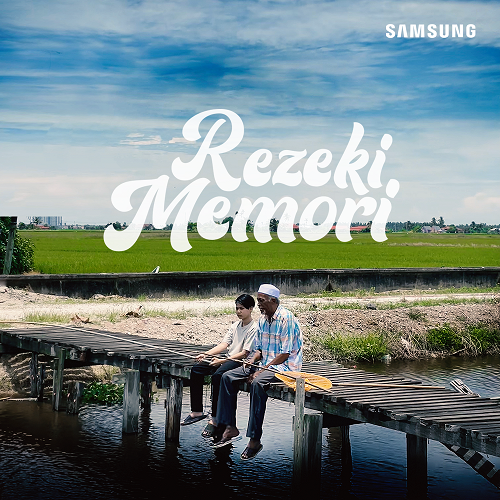 People say that no matter how old you become, you’ll always be a child in your parents’ eyes, but Ayah will always remember Adik as the little boy who never grew up. So goes the story of Samsung’s Rezeki Memori, which follows Adik, played by Bront Palarae, as he returns to his kampung only to learn a valuable life lesson.

There’s so much to look forward to every Raya! After being swept away by his work in the hustle and bustle of the city for several years, Adik had expected all that rush and excitement, with so many favourite delicacies to savour and duit raya to collect. When he arrived, however, things were not as he had imagined. As he was greeted by his sister, Marissa Yasmin, and a seemingly cold father who didn’t seem to recognise him, there was tension in the air.

Though surprising to viewers at first glance, it later becomes painfully obvious that Ayah, played by Bohari Ibrahim, suffers from dementia. Ayah’s eyes light up only when he is shown old and dated photos of Adik and Ayah. The smiles are wide, and photos are tinged with cheeriness – a far cry from the current tense reunion.

The short film then cuts to the next day, where Ayah’s dream has come true. He’s lively and joyful, his eyes sparkling as he clings to every last second he’d been hoping to spend with Adik. But, as the skies darkened and rain began to fall, what had started out as a fun day together soon went sour. Adik’s sister, unable to reach Adik and Ayah, became sick with worry as she looked for them frantically – only to find them seeking shelter under a hut. All of the tension and stress that had been building beneath the surface of forced smiles and pleasantries came to a head with that.

That was when Adik realised that when all was said and done, it didn’t matter how much money he had earned slaving away at his job in the city – the most precious thing he could have possibly given his father was not material possessions, but time. Time to create everlasting memories.

While the short film is fictional, the story hits close to home for many Malaysians – especially Emir, who is the inspiration and Chief Creative Officer behind the short film. Being the eldest grandson in the family, he had always shared a close relationship with his grandfather – even when dementia tried to slowly chip away at their bond. “Before his passing, he had dementia for 5-6 years. And while he was constantly irritable, understandably so – it only drove home the fact how much he truly loved me. Even when he couldn’t recognise the Emir that was standing in front of him, his eyes would light up only in the way a grandparent could whenever he was shown pictures of me as a young boy,” he shared.

Which is why, this Raya, Samsung wants to remind you to hold all your loved ones close. Life is fleeting and short. You might think you have all the time in the world, until you don’t.

This is the message we want you to take home. We’re often so busy growing up, we forget our loved ones are growing old.

With that being said, share your favourite Raya memories with Samsung – past or present – for a chance to be featured in Samsung’s Raya Memories montage. Remember to use the hashtags #MyFirstRaya #withGalaxy and #RezekiMemori on Instagram and TikTok from now until 17 May 2022!