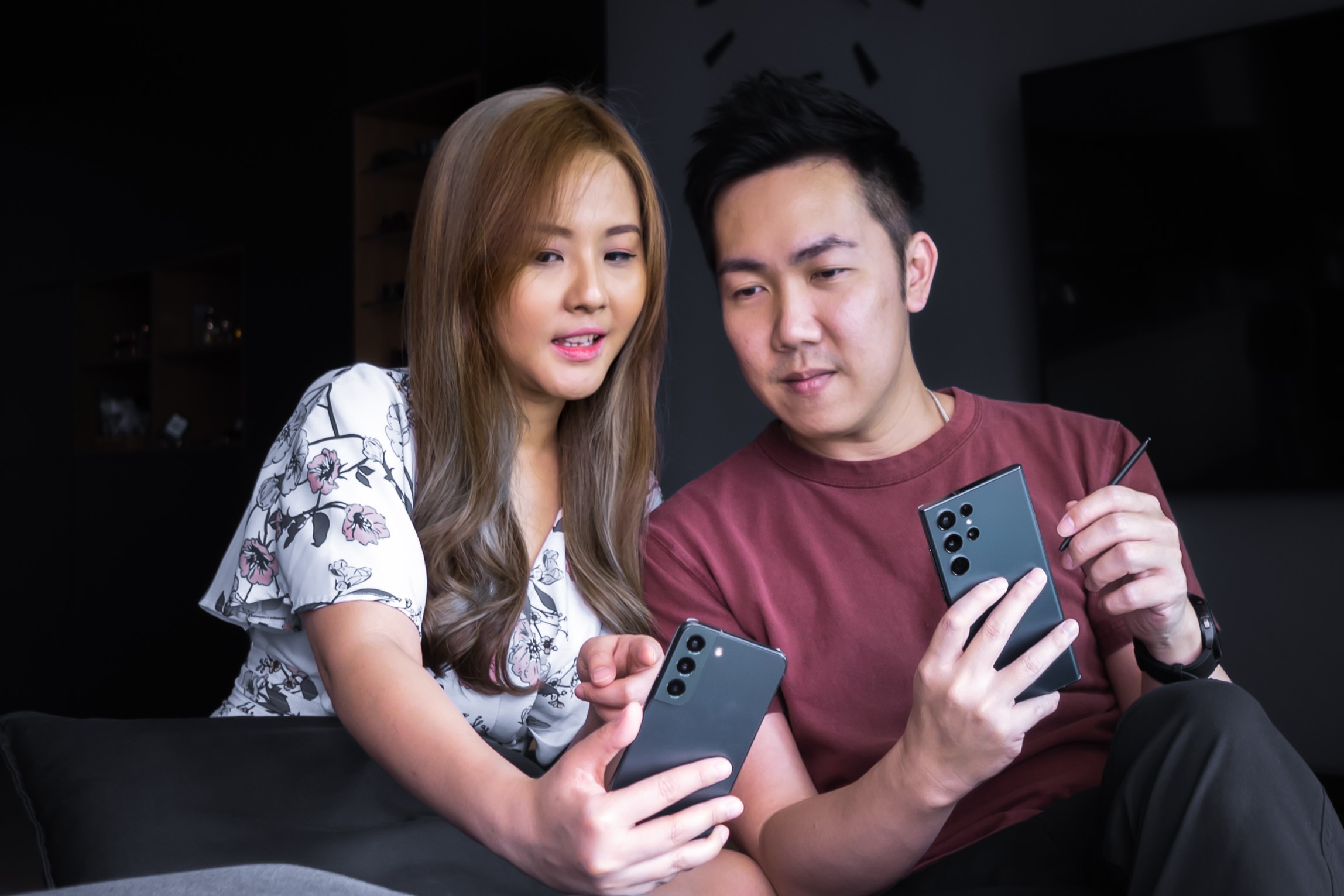 With the adoption of technology, the way we connect and meet new friends or dates has changed. It didn’t take long for Kelvin and Sammy to hit it off IRL after laughing over each other’s online dating profiles. This sparked the start of an awwspiring Galaxy romance. Sammy, an enthusiastic Content Creator, and Kelvin, a passionate Interior Designer. Kelvin is almost always the one behind the phone in Sammy’s beautiful #withGalaxy shots (#instagramhusband), if you didn’t know. Apart from love, what brought these two together is that they are also die-hard Samsung fans. Because they share so much, they even got the Galaxy S22 Series in the same colour — green! (#couplegoals)

Let’s go behind the scenes to see how they spend their daily lives together as a couple.

When you step into their cosy crib, you’ll be surrounded by a wondrous ecosystem of lush imagery taken from Samsung appliances, including the TV, fridge, and even washing machine. Their enthusiasm for all things Samsung and Galaxy is obvious. Sammy surprised Kelvin with a Galaxy Watch4 Classic for his birthday, knowing how much he enjoys using Samsung’s SmartThings to track his health and control his home appliances. *Hints Kelvin* Perhaps he should get a Galaxy Watch4 for Sammy as well.

Kelvin frequently sketches and doodles on his Galaxy S22 Ultra with his S Pen (which he says has saved him a tonne of paper in the process), whether at work or out for a cup of coffee with his friends. Sammy, on the other hand, often finds herself taking numerous selfies and wefies (especially in the dark. Yay for Nightography and auto-framing!), plus connecting with loved ones via Google Duo on her brand new Galaxy S22.

After a long day at work, the couple prefers to unwind by watching a bedtime movie, watching the latest kdramas, or watching funny video clips on their smartphones. You might be wondering, how portability and long-lasting battery relate? Well, simple enough the couple said – they can roam around and continue watching while munching away in the kitchen.

Without a doubt, Kelvin and Sammy’s daily life has been enriched with the many tech innovations, allowing them to do more and spend more time together. Ready to swipe your love story with the Galaxy S22 Series? Find out more at the respective links below:

Don’t miss out on their recent videos filmed #withGalaxy: