Celebrating a Night of Stars with the SAMSUNG Galaxy S22 Series 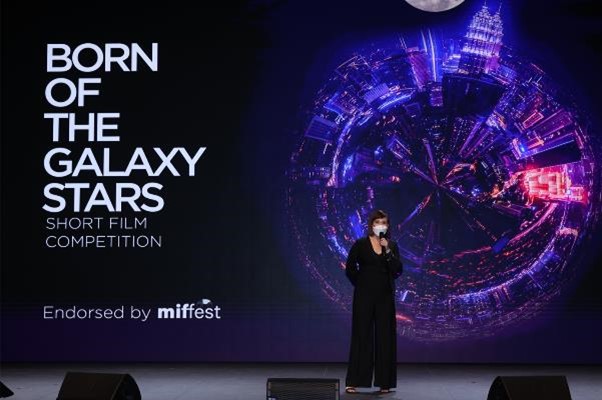 Samsung Malaysia Electronics held an event and a short film competition called Born of the Galaxy Stars to commemorate the launch of the new Galaxy S22 series. The Malaysia International Film Festival (MIFFest) endorsed this competition, which sought 22 aspiring filmmakers from different backgrounds to produce their films using the Galaxy S22 Series.

The competition allowed new and aspiring directors to overcome the barriers of traditional filmmaking by redefining the filmmaking experience and putting it all into one ultimate smartphone series, thanks to the library of camera features available on the Galaxy S22 Series.

The event’s highlight was Nightography Film Teasers, which featured the efforts of four homegrown directors who created four short films filmed completely on the Galaxy S22 Series. The amazing short films covered topics of Fashion, Fitness, Romance, and Music to honour the craft and provide inspiration for aspiring filmmakers during an extensive Q&A session that followed.

The Galaxy Series has a reputation for pushing the boundaries with cutting-edge mobile technology, and the Galaxy S22 Series delivered on that promise with its highly dynamic cameras, AI-powered processing, and colourful displays that go above and beyond the typical mobile experience. Guests were also given a hands-on session in the Nightography Room, where a theatre hall was transformed into an immersive multi-purpose experiential room, where they can not only test the smartphone but also be among the first to feel the complete Galaxy S22 Series experience.

Born of the Galaxy Stars

As part of their commitment, aspiring filmmakers can enter the Born of the Galaxy Stars film competition by submitting a short script by 17 April 2022, based on the theme Borderless with Nightography.

Furthermore, one grand prize winner will be chosen from the Top 3 and will receive a recognition award, RM8,000 cash, a trophy, and Samsung items. During the 5th MIFFest Opening Ceremony, the winner will also have the chance to network with Malaysian industry leaders.

To find out more about the Born of Galaxy Stars Short Film Competition, please visit: https://www.samsung.com/my/offer/mobile/born-of-the-galaxy-stars/

The all-new Galaxy S22 Series comes with powerful 4nm processing and a slew of camera features to experiment with, allowing aspiring filmmakers to pursue their dreams from the palm of their hands. The flagship is an excellent companion for anyone who experiences a rush of creativity whenever inspiration strikes. With the S Pen included with the Galaxy S22 Ultra, you can easily scribble down any fantastic ideas even without opening the Samsung Notes app while the display is turned off and locked, saving you valuable time.

The Samsung Galaxy S22 Series provides a dynamic camera experience with advanced intelligent picture processing to capture the moments that are most precious to you. You’ll be able to tell your stories in a compelling way while shooting in low light thanks to its versatile camera setup and amazing ability to snap photos and shoot videos – even more so at night. Additionally, you can film like a pro with its expert RAW app, which gives you granular control over your photos – offering you multiple expert modes such as ISO, shutter speed, white balance, and more to get that perfect shot. It supports up to four cameras and allows you to capture multi-frame 16-bit RAW images.