Malaysia is chosen as the overseas first launch of the HONOR X Series – flagship level experience smartphone at affordable price! 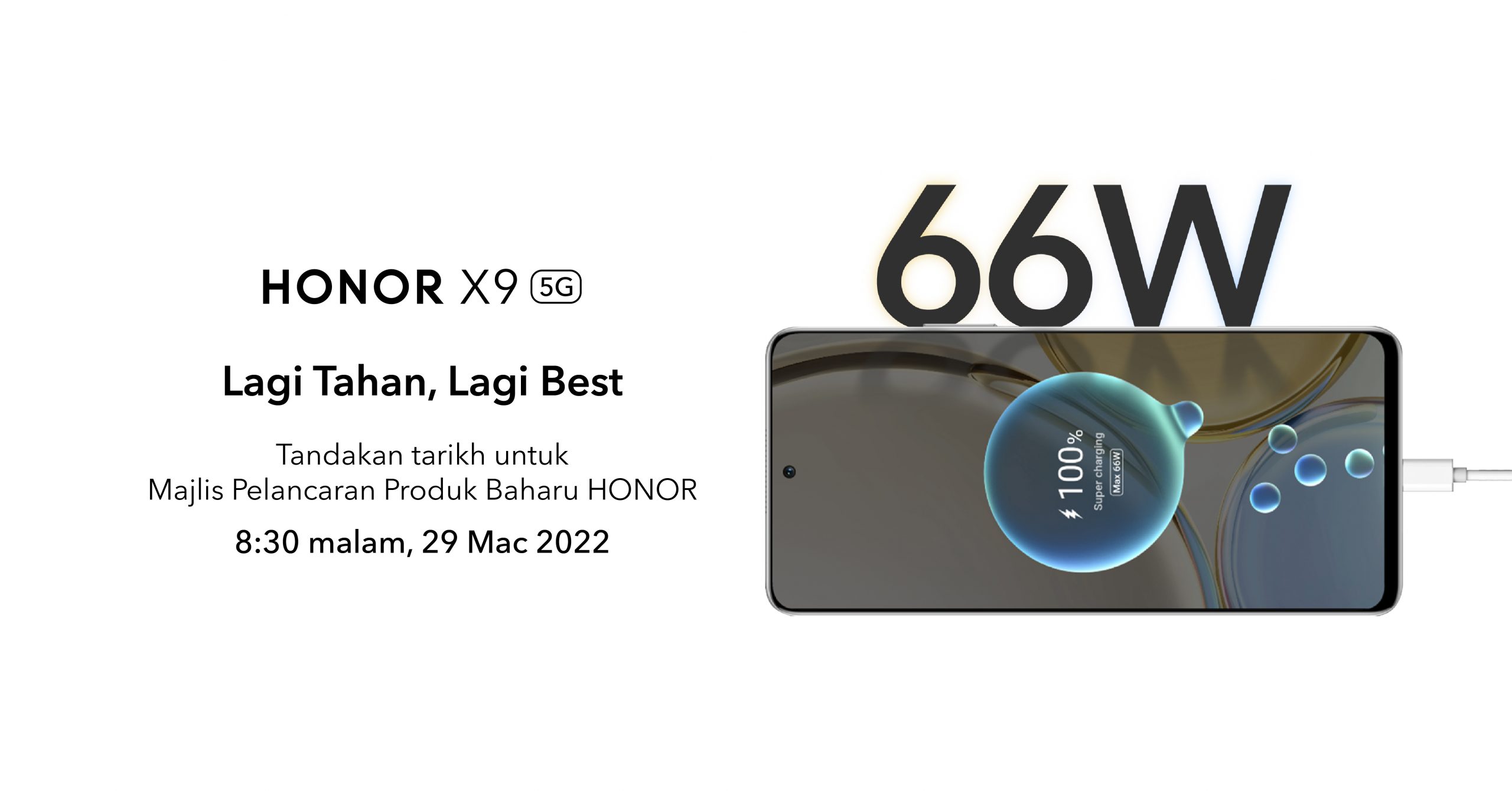 There’s nothing better than making a return to the competitive scene in the world of smartphones. After a two-year hiatus, HONOR’s beloved model – the X Series, will be making a return to Malaysian soil. Themed “Ready to Go Beyond”, the launch will take place on March 29th 2022, becoming the main spotlight of the exciting HONOR X Series.

The HONOR X Series is known to be the icon of what HONOR stands for, a well-known flagship level quality smartphone that is no stranger to the Malaysian market, with some still using the previous X Series models till this day. Fans will be delighted to welcome the return to the market after two years and see what it has to offer.

Justin Li, HONOR Malaysia’s CEO shared in a letter addressed to “the users of X Series” at HONOR Malaysia’s Facebook page recently, elaborating what are things to know about the upcoming X Series. Sharing to us, “Specifications are just numbers, representing the millions of possibilities when it comes to the needs of consumers. The more comprehensive the manufacturer considers, the more comfortable the users will be.”

“Over the years, HONOR always believes in adopting the “two-wheel approach” to remain consumers-centric. One wheel revolves around understanding the trends and observing feedbacks of consumers, and the other builds on a vision to lead consumer’s needs while integrating cutting-edge technology.”, said Justin.

In the said letter, Justin also claimed that there was a real life story where a HONOR 8X user came to the rescue during a camping trip to reach out for help, when other phones were shut down due to harsh conditions of the rainforest, further proving that HONOR is a needed companion. This true story inspired HONOR to produce more high quality products, allowing users to enjoy a premium quality device and experience at affordable prices.

Since its independence, HONOR has received various enquiries from local users on a possible return of the X series. Now Malaysia will be the first overseas country outside China to launch the HONOR X Series, alongside the HONOR X9, HONOR X8 and HONOR X7, a complete series that will be ready to wow the local crowd.

Official sources can confirm that the new device will carry a dominant 120Hz refresh rate display and a whooping 66W HONOR SuperCharge, making this series something to shout out for till the day of launch.

HONOR is taking this launch to a level further by introducing the latest versions of their laptops, giving more choices for users to choose from. There is just so much to look for during the March 29th launch! So mark your calendars to not miss out!

HONOR is calling out the X Series fans and users, look out for the facebook posting below to join the hype, don’t miss out this opportunity to win yourself a brand new HONOR X9: https://www.facebook.com/HonorMY/posts/3196004037302711.